RWEACT brings together local, state and federal agencies, organizations, and individuals to develop an effective, coordinated approach for immediate actions addressing fire-caused hazards resulting in the protection of human life, property, and the natural health of the Rio Grande watershed and its environment.

RWEACT: Educating and Alerting the Public

Through an intentional collaboration with the USDA, Forest Servic,e Rio Grande National Forest, and all entities involved in the fire suppression efforts and public safety interests associated with the West Fork Complex fire, a “pre-BAER” team assembled to address the immediate and obvious threats being observed. A BAER team is a Burned Area Emergency Response team brought in by the Forest Service.  An initial community meeting was held on July 1, 2013, and the Rio Grande Watershed Emergency Action Coordination Team (RWEACT) assembled for the first time on July 3, 2013, in South Fork at the South Fork Firehouse. The team was formed at the urging of and in cooperation with efforts of the San Luis Valley Irrigation District and the Rio Grande National Forest and with the Boards of County Commissioners from Hinsdale, Mineral and Rio Grande Counties and the Colorado Water Conservation Board.   Our geographical focus has expanded to include all the counties of the San Luis Valley, including Saguache, Costilla, Conejos, and Alamosa, and address watershed restoration and emergency notification in a landscape-wide approach. 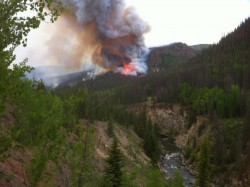 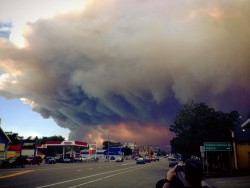 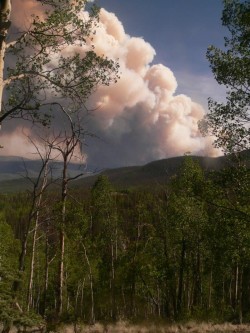 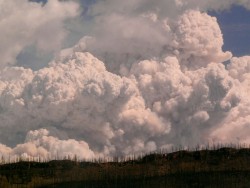 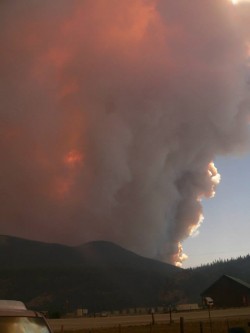 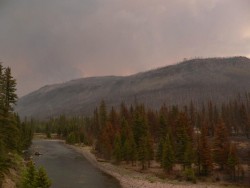 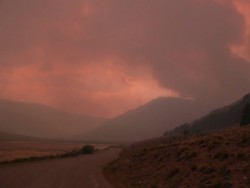 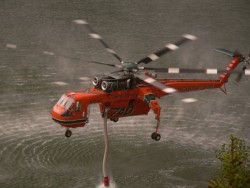 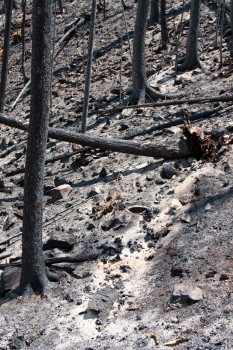 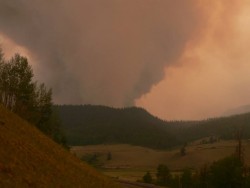 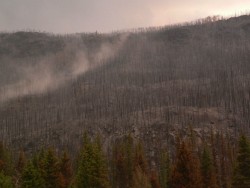 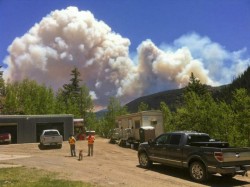 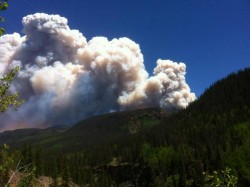 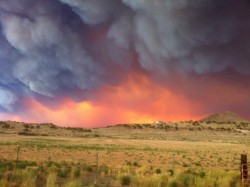 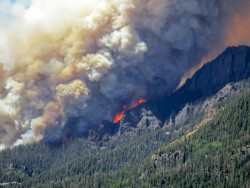 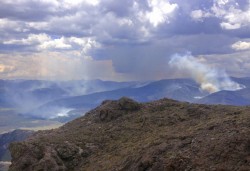 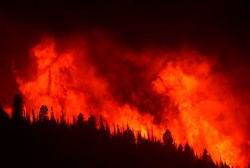 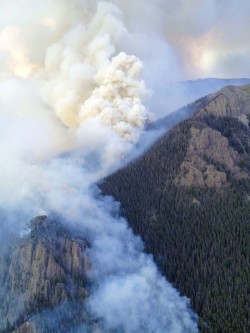 On June 5, 2013, a lightning strike on USDA Forest Service lands northeast of Pagosa Springs, Colorado, ignited the “West Fork fire.” The fire initiated on the San Juan National Forest and quickly spread over the Continental divide to the Northeast and onto the Rio Grande National Forest. A separate wildfire started during another lightning storm near the headwaters of the Rio Grande River and became known as the “Papoose fire.” A spot from the “West Fork fire” created the “Windy Pass fire.” The three wildfire events together - due to proximity and ease of management - are now identified as the “West Fork Complex fire.” As of Friday, July 12, 2013, the West Fork Complex fire had grown to approximately 109,500 acres in size. Of that, more than 90,000 acres of the fire exists on the Rio Grande National Forest. The Rio Grande portion of the West Fork fire has threatened the public safety and personal property of residents near the towns of Creede, South Fork and Del Norte primarily in Hinsdale and Mineral Counties. In addition to the public safety and private property concerns, the fire is situated at the headwaters and along the watershed of the main stem of the Rio Grande and many of its tributaries. The primary economic industry of the communities of Creede, South Fork, and Lake City and Rio Grande, Hinsdale, and Mineral counties are tourist-dependent. These counties boast a high percentage (Hinsdale – 96%, Mineral – 95%, Rio Grande – 60%) of public lands and the outdoor recreation industry is heavily influenced by wilderness access, roads and trails, fishing, hunting, and scenic values.

Downstream and downslope of the West Fork Complex fire is the San Luis Valley – 8,000 square miles of a high-desert, irrigated valley whose farms produce potatoes, barley, quinoa (for the first time since 1982 it was grown outside of South America in the San Luis Valley), cabbage, head lettuce, alfalfa, and native hay and whose ranches raise beef, sheep, hogs, goats, and buffalo (there’s even an alligator farm). The water quality impacts of a wildland fire in the Upper Rio Grande Valley and its tributaries and headwaters may prove to be devastating on the private, neighboring lands.

The intensity of the West Fork Complex fire has been fueled primarily by the vast acreages of “beetle-killed” spruce trees and the fine fuels of the dead branches, hot and dry winds, lack of precipitation, steep drainages, and minimal road access due to inaccessible landscapes ... this has resulted in extreme wildfire behavior. The initial BARC (Burned Area Reflective Classification) map reviewed on July 5th indicated that as much as 60% to 70% of the watersheds within the current West Fork Complex fire perimeter may be “severely” burned. The subsequent and significant impacts on environments through flooding and debris flow as burned soils may repel water like pavement. New research indicates perhaps that this hydrophobic tendency of burned soils is less impactful on water movement. Massive impacts to the environment and natural resources have occurred that greatly increase the need to take emergent and immediate, proactive measures to prevent loss of human life and property in the event of an inevitable flash flood. In addition, an inevitable reality is that the Rio Grande watershed including those tributaries affected by the fire, will sustain high volumes of ash, debris and sediment moving into the streams and rivers causing a significant degradation in water quality that will effect river health and wildlife at all levels.

Showing the change in the landscape as the forest/area recovers 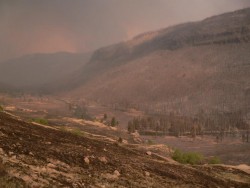 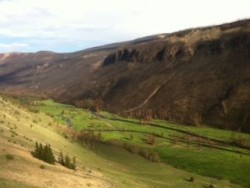 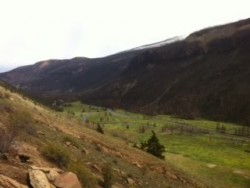 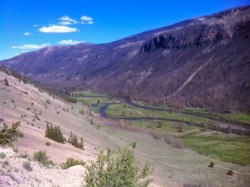 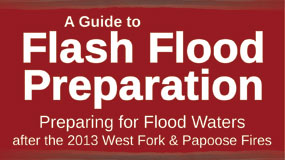